Babies are amazing.  Where did he learn to click his tongue and croak like a frog between each click?  Where did he learn to make up his own songs in baby language?  So many firsts, and sadly, so many lasts. We have seen the last time he stands like a flamingo in the bathtub when it comes time to rinse him off.  The Tarzan sounds are gone.  But each and every day there is something new. Solid foods.  Crawling.  Massaging his own head when the helmet comes off.  Assisted standing with a few steps.  And now the latest:  speaking.

It’s pretty common for baby’s first words to be some sort of reference to mom and dad….umma, da da, ma ma, pa pa.  Technically, his first word was ‘umma’ (Korean word for mama), which always showed up in the middle of a crying fit or whine of some kind.  He says “pa pa” kind of, and usually sounds like a broken washing machine…it goes like this:  ba ba ba ba ba ba ba ba ba ba.  So parental monikers aside, we have finally arrived at the point of Peter’s first word.  Yes, we totally could have guessed that this particular word would be his first…NOT.  We were thinking along the lines of “ball” or “light” or “burlap” (Maggie Simpson, per Homer), or in my brother’s daughter’s case, “tattoo”.  So with all of the possibilities in this world, what was Peter’s first word?  Clock. He can’t say the hard “k” sound yet, so it sounds more like “cah”.  He loves them.  He wants to touch them.  There’s a “cah” on the wall just outside his crib, and every time we lift him out of the crib his arm extends out wanting to touch it, while uttering “cah”.  Oddly enough, we ask him to say “car”, “cow” or “clap” and he says in return “cah”.  It’s so cute.

There’s so much to type because so much has happened in the last 2 months.  But he experienced his first Christmas, and absolutely LOVED the tree.

He still gives us the duck lips once in awhile:

He’s fascinated with seeing himself in the mirror and feverishly pushes his face into the glass to kiss himself:

And on January 9th, he turned 9 months old.  My goodness. We should start saving for his first car.  It’s a lot tougher these days taking the monthly picture.  These kids DO NOT STAY STILL! 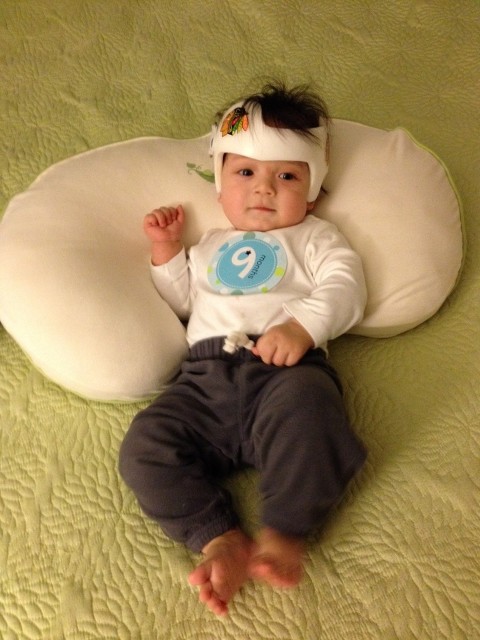 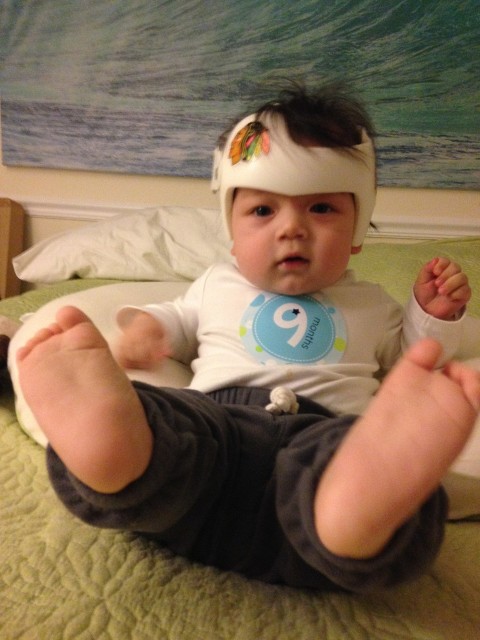 But he still loves cuddling with his Papa, 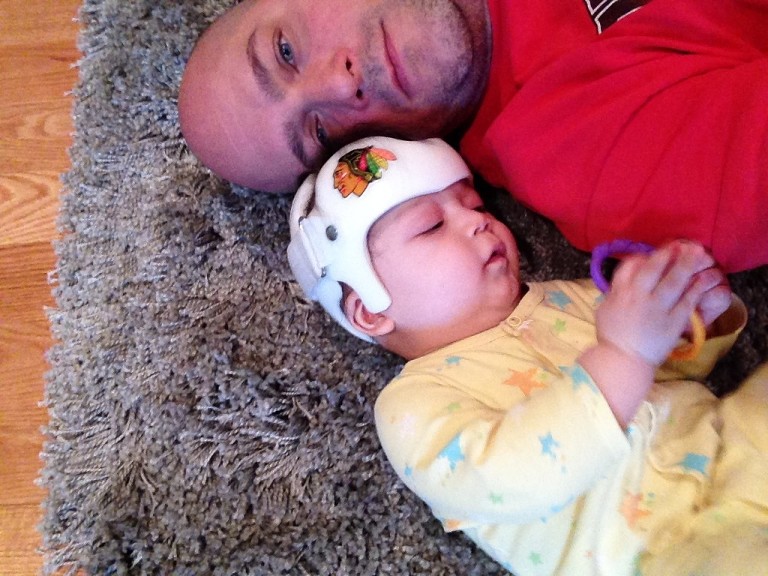 and finding new cubby holes to snuggle into, 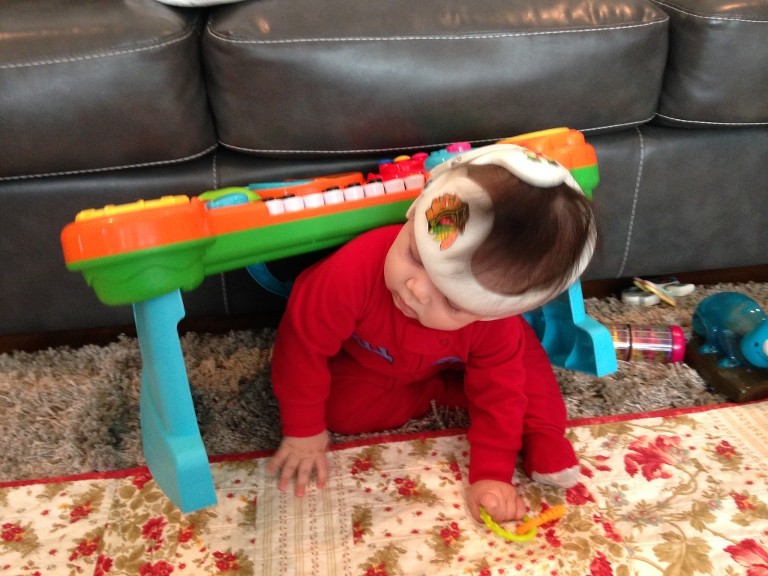 …and he now understands the word ‘shake’, which he demonstrates with his play microphone. 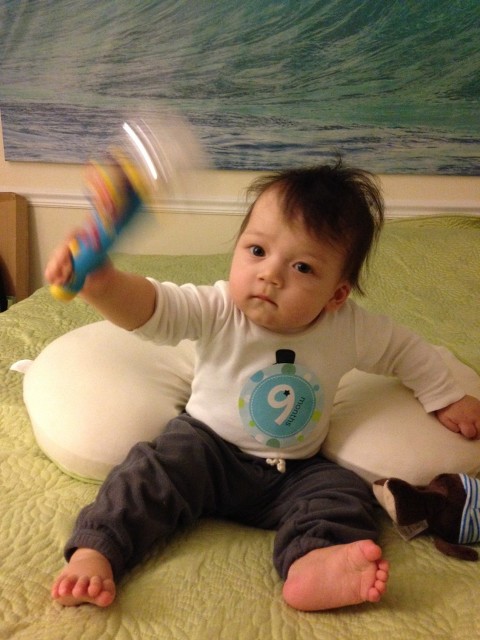 He’s turning into a little boy right before our eyes.  I don’t think we could be more proud, or love him any more than we do.  The good Lord has blessed us tremendously.  We are so thankful. 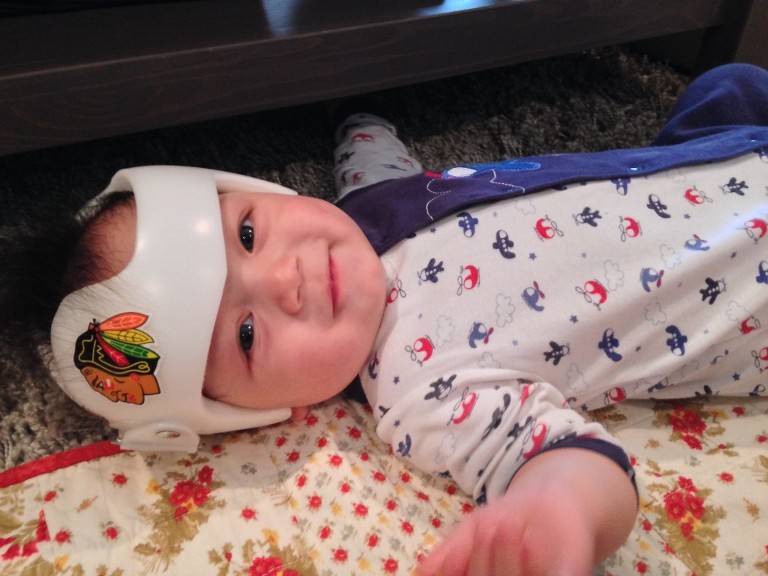 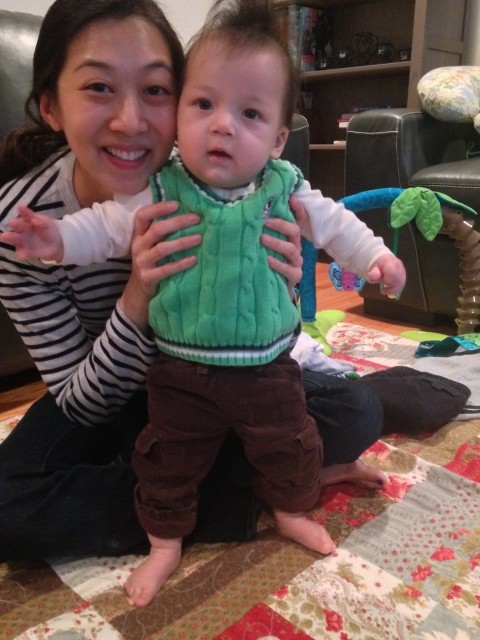 Powered by the Creator of the Universe @ 2017 I Am Phree!|ProPhoto Blog Template